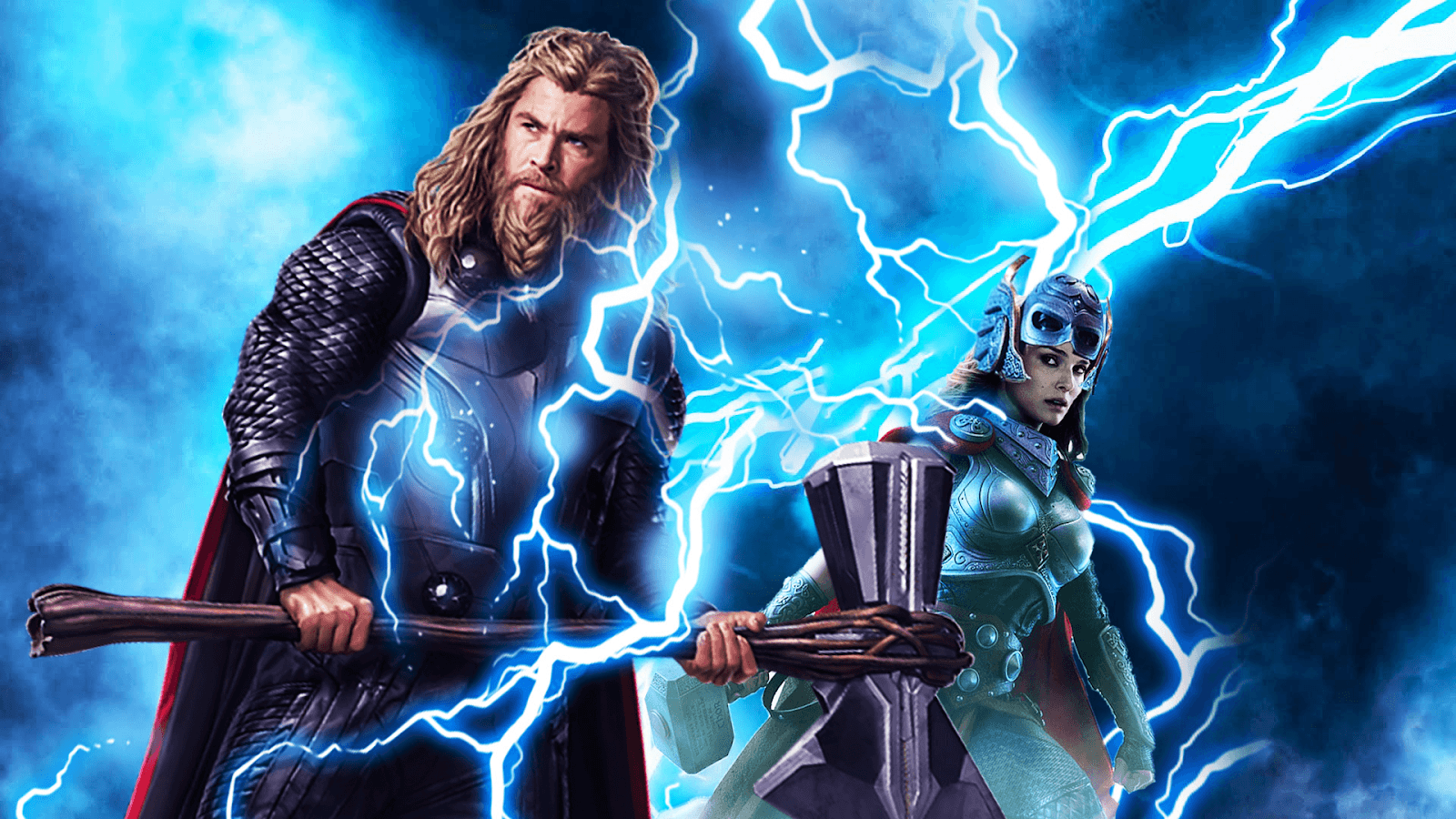 The third installment of the Marvel Cinematic Universe has finally been released and it was, without a doubt, the best movie of the year. Thor has always been one of my favorites, so I was excited to see what could be done with him in his standalone movie this time around. Not only did the movie live up to the hype, but it exceeded all expectations, giving the audience one of the best films in recent memory.

During a recent Monday morning meeting, we were talking about how awesome last night’s movie was. My boss mentioned that he doesn’t see many movies in theaters anymore because it just isn’t worth it. He prefers to buy them on Blu-ray at home and watch them on his big screen TV with surround sound system. That got me thinking... What movie would I watch at home if I had time to do that? Thor: Love and Thunder, of course! This epic film kept us enthralled from start to finish. It may have been slightly less dramatic than some of its predecessors but the actors were still great, including Chris Hemsworth as Thor. The movie was full of action-packed adventure! And you know what else? I think it might be my favorite movie yet. If you haven’t seen it yet, go ahead and make plans to head out with your friends or family soon so you can catch up before Avengers: Endgame comes out next month. You won't regret it!

Hela, also known as Hel, is played by Academy Award-winning actress Cate Blanchett. Blanchett portrays Hel as a character similar to her role in HBO’s Game of Thrones: imperious, entitled and mercilessly strong. Even without her powers, Hel has sheer physical strength—you can tell just by looking at her that she could kick Thor’s ass any day of the week. When she does get superpowers, though? You better believe it’s movie magic. She literally tears apart an entire planet with her bare hands. Not even Thanos himself would do something like that! She’s clearly not one to be trifled with, and yet somehow Thor manages to do so anyway—and he pays for it dearly. The moment where she chokes him out mid-sentence is one of my favorite scenes in all of Marvel history. It’s incredibly powerful, especially considering how much we love Chris Hemsworth as Thor. Seeing him get beaten down like that was heartbreaking but made me cheer when he finally managed to escape her clutches. I hope we see more of Hel (and Blanchett) in future movies!

The Men in the Film

It may be hard to believe but it has been over three years since Chris Hemsworth took on his most famous role: hammer-wielding thunder god, Thor. With four successful films under his belt as well as a small role in Captain America: Civil War, Hemsworth has almost cemented himself as a force to be reckoned with when it comes to playing legendary superheroes. Though there were plenty of other impressive elements, such as Tessa Thompson’s stellar portrayal of Valkyrie, my favorite part of the film was watching Thor realize that he was so much more than just a hero, even though he had his moments where he questioned himself. Even though he has powers, those do not define him and neither does being worthy enough to wield Mjolnir. He is also a brother, son, friend and leader—and these are all parts of who he truly is. I love how Thor realizes that these roles are what make him whole and keep him grounded rather than feeling like they hold him back from achieving greatness. The movie really makes you think about your own life and how you can use your different roles to achieve great things while still staying true to yourself. This movie will have everyone excited for what’s next for our beloved Avengers! If you haven’t seen it yet, go see it now!

Nothing will ever top Hulk punching Loki in Avengers, but Thor: Ragnarok has a great ending that really left me feeling like something had changed. Part of it is because it’s been five years since we last saw him on screen, but I think it goes deeper than that. There was an awful lot riding on his third solo movie. After The Dark World failed to make a big enough impact (both critically and commercially), Hollywood called for a major shakeup behind-the-scenes – perhaps even on-screen too, given how much screentime Hiddleston’s Loki had gotten in recent films. Thor 3 needed to be better, funnier and more exciting than its predecessors if it wanted to prove that there was still life in one of Marvel’s oldest heroes. Luckily, Thor: Ragnarok does all three with ease. It proves once again why Chris Hemsworth makes such a good God of Thunder, as well as being able to stand alongside Robert Downey Jr., Chris Evans and Chadwick Boseman as one of Earth’s Mightiest Heroes. And while we can debate whether or not he deserves another standalone film after what happens here, you can bet your hammer he won't be forgotten anytime soon... In fact, if I'm right about where Thor 4 is going, then maybe they should've just named it The Mighty Thor... Or should that be Thor: Infinity War? We'll have to wait and see...

I haven't read anything about Hela before seeing her appear in Ragnarok so she came as a complete surprise. While she may look familiar from previous MCU appearances (most notably during Loki's attack on New York in The Avengers) most fans were surprised by just how powerful she was! If there's one thing superhero movies do well these days, it's showing us superheroes struggle against seemingly impossible odds - particularly when those odds are powered by superpowers. Hela has some serious power behind her and even though we've seen similar foes before, Cate Blanchett really makes Hela stand out among them all. She doesn't just want to conquer Asgard or destroy Thor - she wants to wipe out its entire history altogether! It's a great way of showing off just how evil an enemy can be without making them a total monster. Sure, Hela does some pretty horrible things throughout Ragnarok but at least you understand where she's coming from.

This blog provides general information and discussions about health and related subjects. The information and other content provided in this blog, website or in any linked materials are not intended and should not be considered, or used as a substitute for, medical advice, diagnosis or treatment. This blog does not constitute the practice of any medical, nursing or other professional health care advice, diagnosis or treatment. We cannot diagnose conditions, provide second opinions or make specific treatment recommendations through this blog or website.